Everything you need to know about BCAAs Fire cut 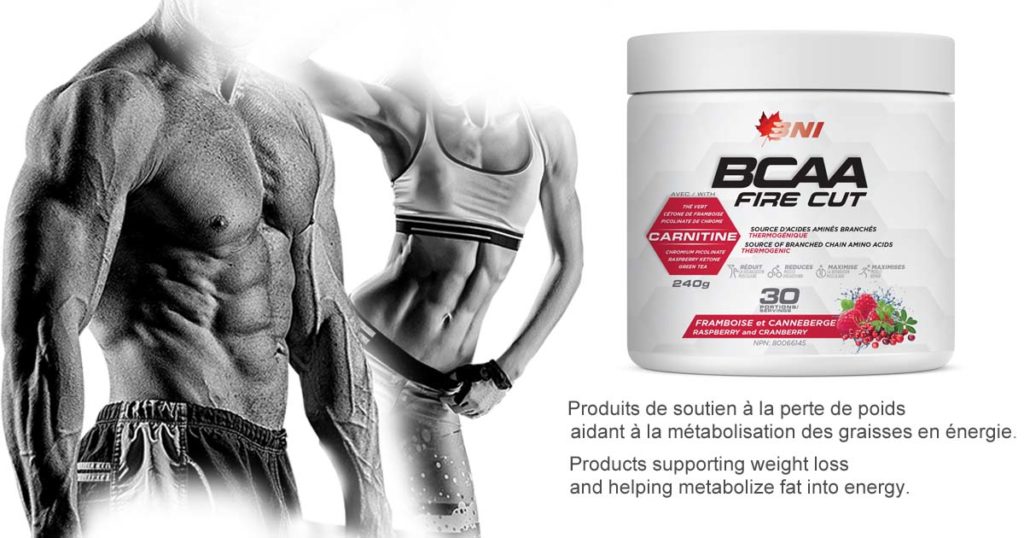 Are you in the process of losing weight, tired of being in temporary low-calorie mode, and looking for something that will help keep you from losing too much muscle and building energy in addition to other health benefits?

The Caffeine Free BCAA Fire Cut product is excellent for this kind of situation. Here’s a more detailed description than what is on the product page on the website.

In sports, we know the popular impact of leucine for a better final impact on muscle development. When it comes to muscle development, there are many ways to build muscle, but a focal point is in the mTOR / AMPK axis.

MTOR (English translation: target of rapamycin in mammals) is an enzyme of the serine / threonine kinase family that regulates cell proliferation, cell growth, cell mobility, cell survival, protein biosynthesis and transcription. (process of copying genetic material into RNA). In short, it is an enzyme that helps, among other things, the development of muscle mass gain.

AMPK (for AMP-activated protein kinase) is an enzyme involved in energy metabolism. AMPK is the pathway that inhibits mTOR, it is the pathway that is activated when intracellular ATP levels decline. The role of AMPK is to regulate and reprogramming metabolic growth but is also linked to various cellular processes such as autophagy and cell polarity.

Basically, mTOR is when you want to grow, AMPK is when you are in a state like fasting. Each has its importance in terms of health, but there are products to support more than the other.

Leucine can interfere with glucose uptake, which is believed to be linked to activation of mTOR signaling which naturally suppresses AMPK (the pathway that mediates glucose uptake during periods of low intracellular energy and / or when we play sports) or by suppressing the oxidation of glucose by leucine (in fasting, a relative concentration of cellular glucose sets in, therefore the absorption of glucose is less efficient), which also pushes mTOR. MTOR is a negative feedback mechanism for glucose uptake which is activated by insulin. If I want to grow and need glucose to do so, the more I consume, the less I need to meet my needs (the more I fill the reservoir, the less I need).

Obviously, the effect of leucine to promote better muscle development is not immediate and just the impact on the absorption of glucose, in vitro, requires an exposure of 60 minutes to eliminate it, but it remains interesting for our athletic performance, if we do not take too much leucine for too long.

Valine, another BCAA, has also shown an inhibitory effect on glucose uptake, but appears to work faster (peak effect 30 minutes versus around 90 minutes for leucine).

Isoleucine, on the other hand, promotes muscle absorption of glucose, but independently of the mTOR / AMPK axis, but is believed to be dependent on:

– the PI3K / PKC axis (range of signals each competitor to the other, much like mTOR and AMPK, except PI3K and PKC, are each respectively precursor signals to mTOR and AMPK);

– a state of gluconeogenesis of fatty acids (e.g.: in a state of fasting, the production of glucose is limited to glucose-dependent cells, therefore since the need for glucose is greater, its absorption is favored for the optimize when there is glucose consumption).

Glycogen synthesis (found in muscle and liver for energy) is not upregulated with isoleucine, only with leucine via mTOR, but isoleucine promotes uptake glucose absorption.

Compared to protein powders which can take around 1-2 hours to digest, BCAAs are returned to the bloodstream in 20 minutes. So, if you are looking for a nutritional boost for energy and preventing muscle catabolism and have limited time, this is the supplement of choice.

Molecule that the human body produces, mainly by the liver and kidneys, from a complex mechanism of lysine and methionine, two amino acids. It can also be found in meat (especially red) and little in dairy products, avocado and tempeh. This molecule is involved in the transport of fatty acids from the cytosol to the mitochondria during lipid catabolism, it is also a supplement that can help some people deficient in L-Carnitine to lose fat.

L-carnitine supports the production of energy and the proper functioning of muscles. It is a molecule that has also been documented for Alzheimer’s, age-related cognitive decline, cardiac function (27% reduction in the risk of all-cause mortality in people with a myocardial infarction). There is also an improvement in physical performance in people who have heart problems, respiratory failure, or carnitine deficiency.

It is possible that some people are deficient in L-Carnitine, which may also explain their difficulty in using fat for energy and thus losing fat. There may be a deficiency in L-Carnitine if there are deficiencies in certain vitamins and minerals, but it can also be due to exposure to certain environmental toxins (eg: phthalates) or excessive use of aspirin.

From a sports standpoint, consuming a meal rich in carbohydrates with L-Carnitine will increase the deposition of carnitine in muscle tissue. L-Carnitine, by decreasing markers of circulating purine and systolic protein metabolism, but also aiding in muscle oxygenation, helps prevent injury and improve workout volume. Also, L-Carnitine increases the density of muscle androgen receptors, so without increasing testosterone levels, this supplement optimizes the function of it.

Plant that contains a variety of polyphenols (antioxidants) such as flavanols, flavanonols, flavonoids and phenolic acids. Among the flavanols, there is epigallocatechin gallate (EGCG) – the most popular molecule in a green tea supplement and which accounts for 50-60% of the catechins in green tea – epigallocatechin (EGC), Epicatechin gallate (ECG) and epicatechin (EC), all called catechins. Other flavonoids include kaempferol, quercetin and myricetin.

But here are two interesting properties of green tea related to performance and fat loss:

Central nervous system: Green tea contains 2-4% caffeine (10-80 mg per cup – not too much to have ill effects, but also to have benefits), which can increase physical and mental performance. In addition, green tea contains theanine which is known to regulate the levels of the neurotransmitter’s dopamine, serotonin and Gaba, thus helping to cope with stress (chronic stress can interfere with fat loss) and help with better concentration and a better mood.

Weight Loss: Even if the evidence seems mixed, it appears that the first constituents in green tea that may help green tea are caffeine (only slightly increases resting thermogenesis, increases fat oxidation, also being a stimulating, this makes people move more), catechins (EGCG may suppress appetite) and theanine.

It is a powerful stimulator of lipolysis (breakdown of fat for use as an energy source) according to in vitro studies, but it has still been shown that ketone increases lipolysis induced by norepinephrine, but it would take more in vivo studies. According to a study in which raspberry ketones were administered with caffeine, capsaicin, garlic, ginger and Citrus aurantium as the source of synephrine, without changing calorie intake, there was a loss of 5% greater fat than placebo and 1.5% greater weight loss compared to placebo in 8 weeks.

Amino acid with many functions such as the production of norepinephrine and adrenaline, dopamine, melanin (for the skin), but also thyroid hormone.

So, in addition to helping motivation and focus, promoting cognitive performance without significantly affecting sleep, as said earlier, tyrosine is an important nutrient involved in thyroid function. The thyroid is the endocrine organ responsible for the body’s overall metabolism. A person with endocrine disorders such as hypothyroidism may tend to gain more weight.

Essential mineral that regulates glucose metabolism and insulin sensitivity. Chromium also helps reduce food intake in humans, especially in those with unusually high appetites or carbohydrate cravings that often co-occur with (but not necessarily) depression or binge eating disorder. Chromium supplementation seems to help only slightly with weight management.

Therefore, this supplement not only serves as a source of energy, stimulant, hormonal health support necessary for good condition for weight loss but also to prevent loss of muscle mass.

PrevPreviousThe liver is the key
NextHow to optimize your aerobic performance during a heat wave?Next